Every day, people move to downtown Seattle and sell their cars – it’s an age-old story. Some keep their vehicles for road trips out of town, or lend them to friends outside the city, but almost no one drives in Seattle. The fastest way from point A to point B is almost always via public transit.

Everything a Seattleite needs is on one route around downtown Seattle. Metro Transit buses 3 and 4 take Westlake residents everywhere they need to go. During peak transit times, the buses pass every fifteen minutes. The route takes passengers north through Freemont, Wallingford, Greenlake, and Phinney Ridge, then south through Queen Anne, Pioneer Square, Mt. Baker, and the Central District.

Buses 3 and 4 are a direct route to Pike’s Place Market, Centurylink Field, Woodland Park Zoo, the Space Needle, Paramount Theater, and every other key location in downtown Seattle. The route also passes numerous grocery stores, theaters, and city parks. For a faster route downtown, the E Line travels down Aurora Ave all the way from Shoreline to Downtown Seattle. 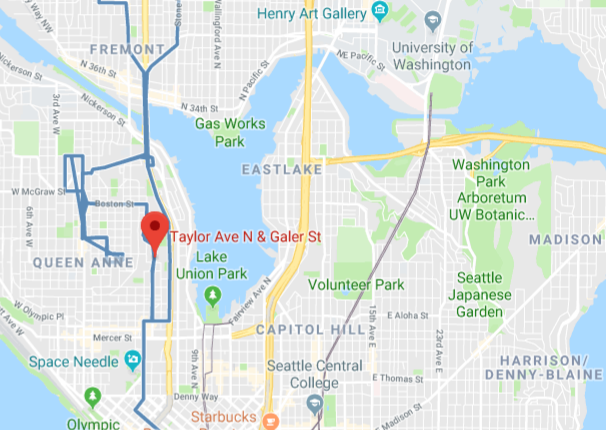 The tricky part about traveling between Washington cities is that almost every city has a separate transit system. The connections can sometimes be in odd places or take passengers on winding routes. However, there are some patterns to make it easier. For instance, a trip to Bellevue requires taking the 3 to James and 3rd then hopping on the 550 Express. The 522 to Woodinville leaves from James and 4th, just one block away. Getting to Renton is much more complicated, requiring at least two transfers. However, the 545 to Redmond stops at 4th and Pike, just a quick E Line trip from Westwood.

The routes between Washington cities may feel disorganized and random, but a little patience and a lot of practice will make the trip feel almost natural. It’s a good idea to consult Google Maps before traveling between cities.

King Street Station is a traffic hub located in the Seattle International District. A quick trip on the E line travels from Westwood to the station, which branches out all over the world. An underground entrance leads to the Link Light Rail which is a straight shot to the Seatac International Airport. Above ground, the Amtrak train is ready to take passengers all over the United States and Canada. For a cheaper price, the Bolt Bus takes passengers south to Portland and north to Vancouver, BC.

There is no need to sit in traffic. It is quick and painless to travel from Westwood to anywhere in Seattle. It’s even easier to travel out-of-state with the streamlined public transit system. Traveling between Washington cities can be a challenge, but following a specific route becomes second nature with a little practice. Residents agree: it’s cheaper, easier, and better for the environment to get around Seattle without a car.