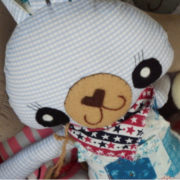 Whether you’re moving to Seattle or have been in the Emerald City for years, there are treasures all over the place waiting to be discovered. If you’ve already explored the Space Needle and Pike Place Market, it’s time to turn your attention to rarer finds.

Places to Check Out in Seattle

Your Seattle hazing begins and ends with this self-made museum of things that go bump in the night. Owned by a man named Steve who spent a little too much time playing Call of Cthulhu, this slice of modern history more or less speaks for itself. If you think the bird section is weird, wait until you climb the stairs to the hall of angels. There are no official business hours. In fact, it’s just a house. However, if you ask politely to look around, you may just get your wish. Otherise, you can enjoy an online tour.

A narrow cliffside path followed by a steep flight of stairs leads to a quiet beach along Puget Sound. Even from above the cliffside, the view is a showstopper. For an unforgettable view in easier reach, the West Point Lighthouse in Discovery Park is always a treat.

There is nothing quite like a hidden basement bar. With its tucked-away location and inconspicuous logo, it’s a genuine speakeasy in every way except the liquor license. The spread-out layout and quiet music create a relaxed yet social atmosphere.

Just east of the Paramount Theater is an indoor marketplace called Melrose Market. Hidden in the basement of this rowdy marketplace is a little shop filled with handmade decor, jewelry, cards, and gifts. It’s easy to spend hours looking at each unique piece in the store.

What makes La Medusa unique is its dedication to creating genuine Sicilian food, a commitment that has carried on for the last 20 years. Each dish is prepared from scratch using local, organic ingredients. The ever-changing seasonal menu ensures each mouthful contains fresh, healthy ingredients.

It may be called Bill Speidel’s World Famous Underground Tour, but famous it is not – at least not anymore. When the tour began in the 1950s, it was only a rumor that there were deserted passageways beneath Pioneer Square: brothels and opium dens and other things that have since moved to the dark web. Today, a tour will take you under the city to see the wreckage of Seattle’s secret past.

Residents take this monster for granted, but it’s not every bridge that has a giant troll lurking beneath it. Inspired by Scandinavian folktales, the troll was constructed in 1990. The troll now belongs to the city, and unlike at the museum, visitors are encouraged to climb onto its giant shoulders. Unfortunately, the troll is camera-shy, so you will have to see it in person.
Seattle is a many-layered city, and not just because of the secret underground.

The more you look, the more sights there are to see. Looking for an apartment close to the action? Browse The Eden just north of downtown.